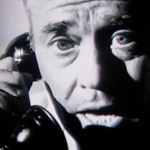 Once employed, Fail Safe is a strategic procedure that is designed to ensure that a  mission is accomplished no matter what the circumstances. In the case of the film, the unforeseen consequences of this strategy are devastating. As a fictional scenario set at the height of the Soviet-American tensions, Fail Safe – the movie is a cautionary tale about an over reliance on technology – a theme that continues to be a mainstay in science fiction. While not as well-known or respected as Dr. Strangelove, it is a tremendously tense and shocking film which now provides a historical glimpse of the 1960s nuclear powered Cold War paranoia (Klaus Ming April 2010).