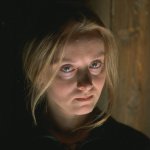 Zerkalo, also known as The Mirror, is a loosely structured and dreamlike film that interweaves Tarkovsky’s childhood memories with his father’s poems into the sociopolitical history of the Soviet Union. Moving between time and place and connecting many seemingly unconnected events, Zerkalo is a poetic and deeply nostalgic reflection of the memories of a man during the last moments of his life. In Keeping with national tradition, which views film foremost as an art form, Mirror is arguably one of the greatest contributions to Russian cinema, and is as beautiful and thought-provoking as it is challenging (Klaus Ming March 2015).