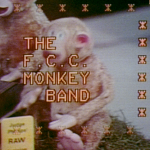 God’s Angry Man is an unusual made-for-television documentary that is also known as Glaube und Währung, which translates to Faith and Currency. As an expose of an embattled Los Angeles television pastor, this is the story of Dr. Gene Scott who was known for his fiery rants against government bureaucrats who dared investigate the finances of his church. Though Herzog’s minimal approach to this story is outwardly non-judgmental, it is focused on the money and Scott’s obsession with mechanical monkeys which he compared to the members of the Federal Communications Commission (Klaus Ming December 2018).