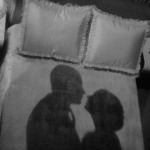 Trouble in Paradise is a delightfully funny pre-code “screwball” romantic comedy that is well served with discreet and lighthearted sexual innuendo that characterized Ernst Lubitsch’s sophisticated comedic style of film making. Set in Venice, the movie is about two con artists who fall in love after discovering each others true identity whilst attempting to deceive one another as minor royalty. After collecting a reward for a jewel encrusted handbag which they steal from a wealthy business woman, they hatch a complicated plan which is threatened by love, lust and jealousy. Unlike most romantic comedies, Trouble in Paradise, while having a few “soft spots” never really becomes over-sentimental. Likewise, the film’s conclusion, while not necessarily a surprise, is not a foregone conclusion – which cannot be said about most other films in this genre (Klaus Ming February 2011).